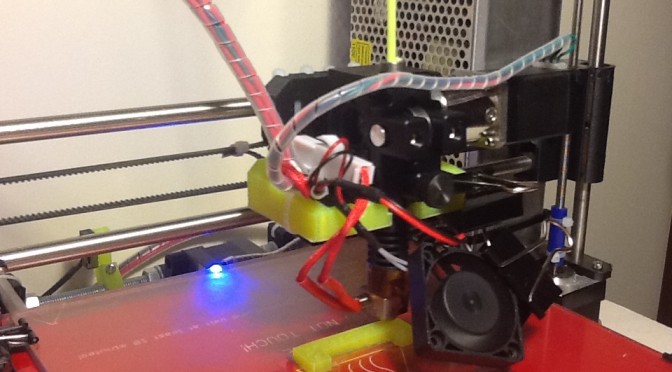 Adding an all-metal extruder to a Prusa i3.

The Wade extruder on my i3 started to slip and not enough filament was extruded, so the prints started to look flakier and flakier. I checked the extruder, refurbished the hobbled bolt, but the problem came quickly back. Only once I increased temperature to over 230C (for PLA!) it completed prints – of course the result looked like roasted marshmallows.

So I ordered a new J-Head hot end (0.4mm) and a new all-metal extruder. Price on ebay was $175 plus $20 shipping. Quite steep, but I have no regrets! Build quality is excellent and the Nema 11 stepper has plenty of power thanks to the gearbox (at first, I used same driver setting as for my Wade extruder’s Nema 17 and subsequently the stepper would become very hot. Adjusting the reference voltage of the driver board to 0.45V solved the problem).

Result is attached below.

Not sure if it’s the new extruder or the recalibration of the machine (incl. resetting x and z end stops), but now I am finally able to print straight onto glass (using a watered down PVA solution to improve stickyness).

Details for the mount are attached. I had to move the extruder a bit further out, so the Nema 11 motor would not crash into the right Z-thread.

Printing a fan mount is next. The extruder has two M3 holes at the front, that can be used to attach a fan (surely they were put there for something else, but they work just fine). 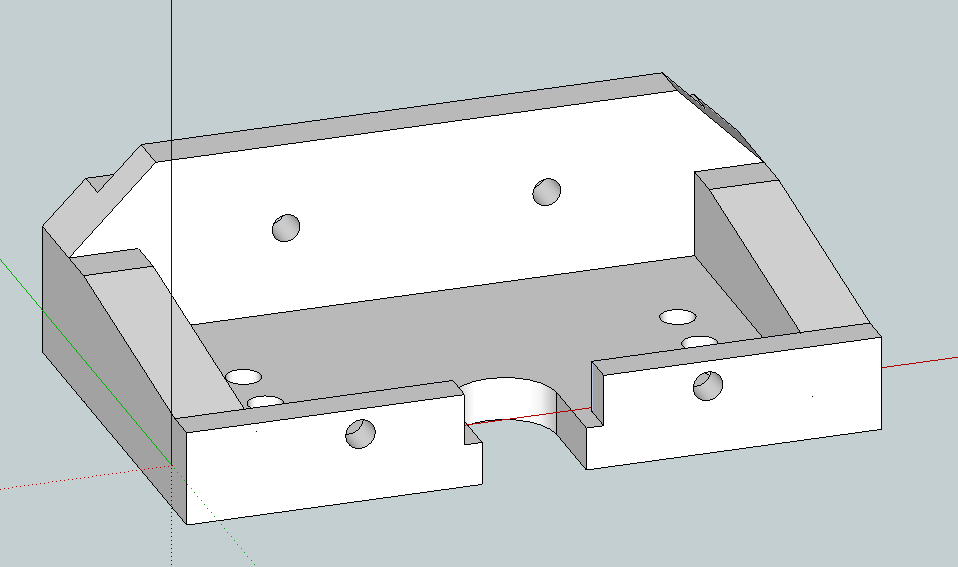